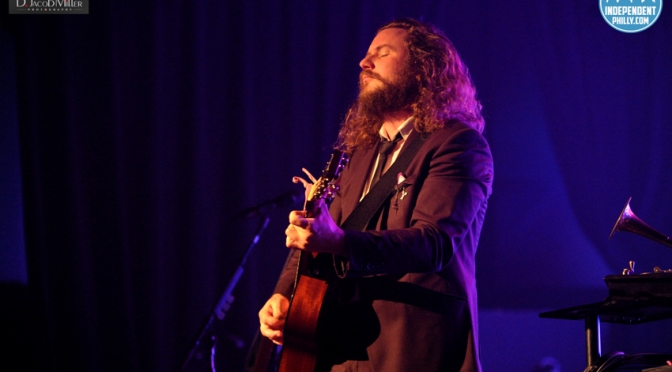 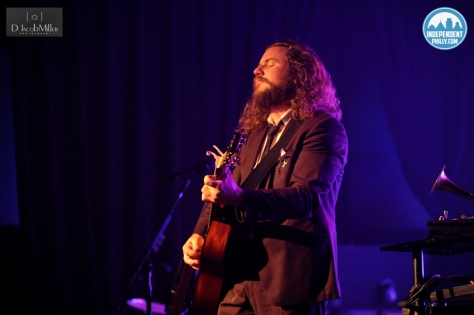 The weather was nice and warm in Philly on Saturday, April 27th. Sunny and in the mid-70’s for the better part of the day, many Philadelphians ditched their morning jackets and long pants and spent the day outside enjoying the spring temps in t-shirts, shorts, and skirts.

When evening rolled around, the mercury was running high along with expectations for the sold-out Jim James show at Union Transfer.

Best known as the front man for critically acclaimed rock band “My Morning Jacket”, James recently released a solo album “Regions of Light and Sound of God” this past February. His tour, which kicked off April 17th in Louisville, KY has been selling out venues left and right, and has at least five upcoming shows in May that are already sold-out as well.

The doors opened at Union Transfer an hour before the show began so there was already a good sized crowd on hand when opening act “Cold Specks” hit the stage at 9pm. 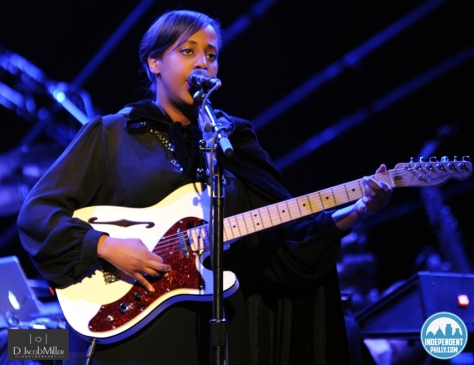 Spx, dressed in a long black cape, looks the part of a goth performer but Cold Specks is much more than a pure goth rock outfit. Despite hailing from the UK, their sound combines the darker goth aspect with touches of southern gospel. The closest thing we can compare it to (for those of you who crave comparison) is PJ Harvey. Their choice of backing instruments is also anything but mundane and included a baritone sax and bass clarinet. 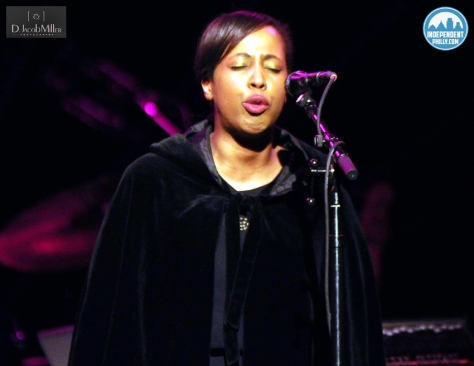 Spx concluded their set alone on stage, draped in her cape and darkness, she sang a haunting tune that echoed throughout the high ceilings of Union Transfer.

After a short break for a stage change, Jim James hit the stage with his band to a roar of cheers, opening with “State of the Art (A.E.I.O.U.)” , the first track off of his latest CD.

James energy on stage was undeniably higher than we’d been expecting. He moved about constantly, playing guitar and sax, singing, headbanging, and engaging the audience at every turn.

By the fourth song, it became clear to us that he was going to play “Regions of Light and Sound of God” in its entirety. When the nine songs from the album were complete, many of which have a Radiohead-like quality to them, James and the band left the stage but quickly returned for a seven song encore that included two “My Morning Jacket” songs and several covers.

The sold-out crowd that packed the main floor of the venue and the balcony above, loved every minute of it. With warm receptions like that, James should be able to continue to play whenever he sees fit without My Morning Jacket. 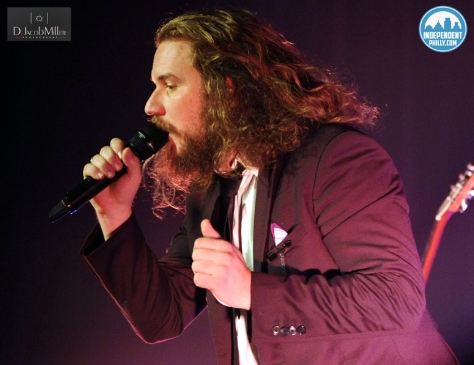 You can view the entire set list and an expanded photo gallery below (click thumbnails to enlarge):

Of the Mother Again

Wonderful (The Way I Feel)