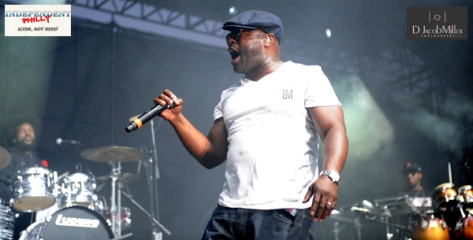 The annual Roots Picnic concert celebrated its fifth anniversary this year. 2012 marked the first time that the show was expanded to two days, Saturday, June 2nd, and Sunday, June 3rd. Both days took place at the Festival Pier on Penns Landing and featured two stages.

We’ll give you a separate break down of each day (complete with its own photo gallery and recap) below. Simply click the link for each day to get the full details on what went down at this year’s event.

It’s said that March comes in like a lion, and out like a lamb. This could not have been further from the truth on Thursday night as Holy Ghost! and Cut Copy closed out the final night of March with a sold-out show at the legendary Trocadero in Philadelphia.

We cover a ton of concerts here at Independent Philly and while we thoroughly enjoy the vast majority of them, there are certainly some that truly stand head and shoulders above the rest. Last night was one of those shows. We’re not kidding. This just might have been the show of the year so far in 2011 here in Philly (and there have been a lot of good shows).

We’d been looking forward to this one for a while. Both bands have been dropping tasty new tracks, videos, and remixes for the past several weeks (and months) and with everyone we checked out it became a little harder to wait for March 31st to arrive.

Holy Ghost opened the show but they are far from you typical opening act. They could easily be headlining their own shows with their high-energy style and tunes that almost force you to get up and dance. If you caught our interview with Alex Frankel of Holy Ghost! last week then you already know that their self-titled album will be released later this month. You’d pretty much have to be an April fool to not add it to your collection. These guys were a great way to kick off the night. We wish they’d played an even longer set.

After Holy Ghost! left the stage, fans flocked to the outdoor smoking area for cigarettes (which got so crowded that a line formed to get outside because they could only let out so many people into the area at once) or went to the second floor to try to get a drink from the crowded bar. The D.J.’s from Making Time provided some beats to keep the energy level inside the venue from dropping too low.

Cut Copy took the stage just before 9:30pm and started a set that we never wanted to end. The lights were an Epileptic nightmare. The music an electro-pop dream come true. They pumped up the crowd repeatedly synchronizing hand clapping and jumping (“on the count of three, 1…2…3!”). They played some fan favorites as well as some tunes from their brand new album “Zonoscope”.

Just when you thought the show couldn’t get any better they lit up their digital door in the middle of the stage which was stunning. The crowd went crazy. We joined in.

After an hour they left the stage but returned for a two-song encore. We would have been happy with a 20 song encore. We didn’t want the show to end.

The two bands now head to NYC to join LCD Soundsystem as they play at MSG in their final shows (ever). From there Holy Ghost! and Cut Copy continue to tour the U.S. playing for sold out crowd after sold out crowd. If you can find yourself a golden ticket, then Charile my boy, do it!

For an expanded PHOTO GALLERY of the show CLICK HERE

If you didn’t attend the show last night check out the video clips below for a small sample of what you missed. Or, if you were there, here’s your chance to relive a few moments.

Like Loading...
After successful tours with the likes of LCD Soundsystem and Chromeo last year, Alex Frankel and Nick Millhiser, the New York future-pop duo known as “Holy Ghost!” are set to release their debut self-titled album on April 12th. As if that wasn’t enough, they are again hitting the road for a big time concert tour with “Cut Copy“. We have no doubt that this tour is going to be crazy! Clearly we aren’t the only ones who feel that way because their show at the Trocadero in Philadelphia this Thursday night is completely sold out! Don’t fret, if you didn’t get a ticket, Independent Philly will be there to cover the show from start to finish. Before playing a series of five shows in five nights starting tomorrow evening in DC, Alex Frankel paused to answer some questions for us.
Independent Philly: Who were your early musical inspirations?
Alex Frankel: Elvis and Michael Jackson. That’s ages 3-6. MJ outlasted Elvis as an influence.
IP: What are you most looking forward to about performing in Philadelphia?

AF: You guys have good food and our friend Dave P lives there and will make sure we do something stupid.
IP: How have you grown musically in the past year?
AF: We’ve regressed mostly. Which i think is a good thing. “Musical development” usually leads to free jazz.
IP: You two have known each other since grade school. What’s one of your fondest memories of each other from childhood?
AF: I liked Nick when he had braces more. I got more girls.
IP: When did you know that the two of you were going to start making music together?
AF: When I played Nick a sweet blues solo in second grade music class he was like, “we should collaborate.”  I was like, “yeah, for sure, call my mom, she handles all that.”
IP: Who would win in an arm wrestling contest?

AF: We’re all winners (me).
IP: Where has been your favorite place to perform thus far?
AF: Philly, of course ( pandering).
IP: What ultimately made you decide to change gears from producing hip-hop music as Automato to more of a electro-pop sound with Holy Ghost! ?

AF: We got into old disco records and italo records. There used to be a lot of great cheap record stores in NYC and we just started really getting into that stuff, in no small part becaus James and Tim from DFA we’re leading us in that direction.  Plus neither of us rap. Kind of just happened.
IP: What has been your favorite moment touring together?
AF: Actually, my favorite moment is not fit for print, but it involves a woman sketching Nick’s face in Istanbul. 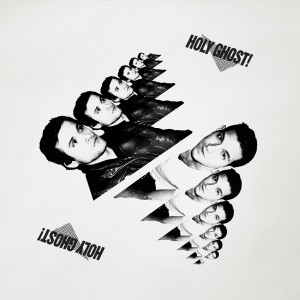 IP: What can fans expect from your self titled album due out next month? Any big collaborations on it?
AF: Bunch of tunes. Michael McDonald’s on it, as well as good buddies Luke Jenner from The Rapture and Chris Glover form Penguin Prison.
IP: Who are you still dying to collaborate with?
AF: Stevie Nicks
IP: Jets or Giants? Yankees or Mets?
AF: Knicks.
IP: Tell us something that would surprise or even shock our readers…
AF: Sometimes we don’t shower for days!
We can’t wait to see what Alex, Nick, and the guys from Cut Copy have in store for Philadelphia on Thursday night. We know this much, you need to be there!
[Jacob Miller & Bridgette Bonner contributed to this interview]

It was the first Making Time party to ever sell-out in advance and we spoke with people who had paid as much as a $100 to get into the party. Urban Outfitters threw a pre-party from 6-9PM, followed by Making Time from 9PM-3AM. For those who were still not finished, there was an after party in Fishtown that ran until 6AM.

Alexis Krauss and Derek Miller (the duo who comprise Sleigh Bells) took the stage at 10 PM and rocked the crowd with hard-edged, bass heavy tunes like “Crown on the Ground” and “Infinity Guitars”.

LCD Soundsystem too the stage just after 11 PM, opening with “Dance Yourself Clean” and played a wide range of other hits including “Daft Punk Is Playing At My House” and “All My Friends”. When they left the stage, DJ’s kept the other rooms of the bulding rocking well into the early morning hours.

This party was off the hook. If you were there, you know what we are talking about. If you missed it, you just slept on one of the best events of the year in Philadelphia.

Whether you made it out last or are kicking yourself this morning for not Making Time, we hope you enjoy our first round of photos from the event and will check back tomorrow for our complete photo gallery.