These days you can find Diplo jet-setting around the world to play to sold out crowds, in the studio producing for some of the biggest names in the music industry, or even staring in TV commercials.

Last night, he returned to Philadelphia to play for a sold-out, all ages crowd at Union Transfer. Many of the fans in attendance on Thursday evening were in elementary school when Diplo first started his ascension to superstardom (hosting Hollertronix parties a decade ago in North Philly). 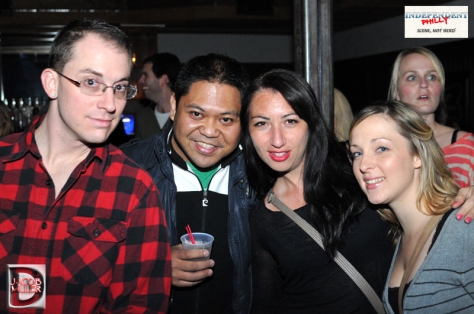 With several other shows in the city on the same night (including Feed Me, Dark Star Orchestra, and 611’s “HO” party) there was no shortage of things for music fans to do. Diplo fans had their eye on the prize however and those who were fortunate enough to score tickets were fully hyped for the show.

We last caught Diplo in August when his Mad Decent record label hosted a free block party at the Piazza. Buzz about his Union Transfer show has been building for weeks and the show sold out (aside from about 50 tickets that were held for door sales) over a week before the show. 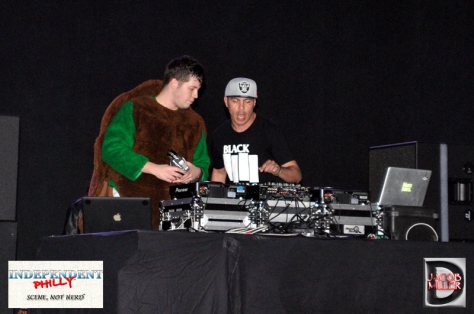 Union Transfer, in the old Spaghetti Warehouse on Spring Garden Street, is one of the nicest concert venues in Philadelphia, with multiple bars, a wrap around balcony, and a coat check to go along with the large main floor area. There is still some room for an improvement experience (for both fans and media) but all-in-all we love this place. 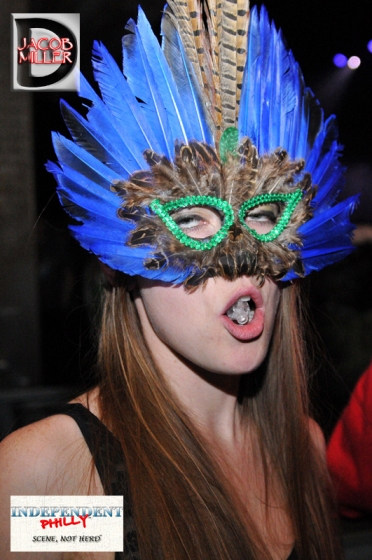 The night got off to a start around 9pm with DJ Xaphoon Jones (dressed in a giant Teenage Mutant Ninja Turtle outfit) who did a great job of warming up the venue. 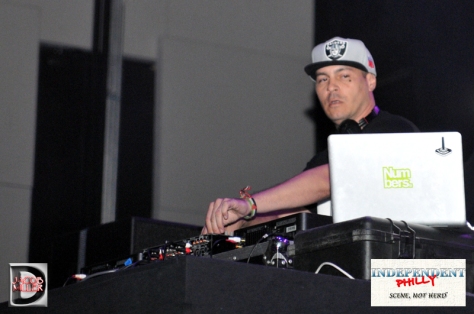 The torch was then passed to another local DJ, Dirty South Joe who dropped some heavy dub-step and hip-hop on the crowd. The place was bumping, literally.

Around 11pm, Diplo slid seamlessly onto the decks and rocked the sold-out sea of fans with an impressive array of new hits and timeless classics (from the Beastie Boys to Martin Solveg, Nicki Minaj to Oasis, and everything in between). The balcony was buzzing, there was mayhem on the main floor, and no shortage of girls shaking their booty on stage. 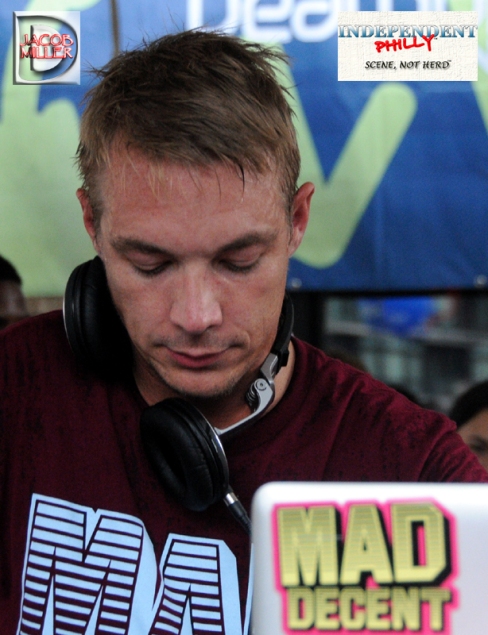 When the show ended, the crowd dispersed with many fans heading to after parties at Voyeur and Ruba.